A dwarf-like creature that lives in the forest. They are believed to be malevolent spirits of the dead with a grudge to settle against the living. A typical Eloko tale goes as follows: A hunter and his wife found themselves with no food to eat so the hunter decided to go and procure wild game to feed his family. Before the hunter left, he warned his wife: “When you hear a bell, do not move or you will face certain death!”

Almost immediately after the hunter left, his wife heard the sound of a little bell ringing and inching closer. Finally, a child like voice asked to be let in to the hut. The woman opened the door and there was an Eloko, looking small and innocent. The creatures stomach grumbled so she offered him banana mash with fried fish. “We eat only human meat” the Eloko said as it grinned. Without being fully conscious of her actions the wife chopped up a piece of her arm and fed it to the Eloko. The creature gnawed on her bones and flesh before screeching in excitement “More! I want more!” The hunter’s wife put her knife to her throat “As you wish sweet child.”

Later that that night, the hunter returned to only to find his wife’s bones.

Known as the Obayifo to the Asante people and the Asiman to the Dahomey people. They are a cross between a vampire and a witch. In Ashanti folklore, obayifo are very common able to inhabit the bodies of human beings. Their biggest vive is gluttony and unfortunately for the rest of us their favourite food is human blood. Lukily you can identify these creature at night when they are said to emit a phosphorescent light from their armpits and anus, thats right they literally have glow in the dark asses.

Before the Buddha achieved enlightenment he was a werehyena, ok thats not really true. The Buda we’re talking about come from several ancient Eastern and Northern African cultures. These creatures are said to weild the power of the evil eye granting them the ability to transform int Werehyenas. Although this transformation is grants the user increased strength, agility and heigtened senses, the most important benefit is actually stealth.  By transforming into a werehyena individuals are able to kill their enemies while concealing their human Identities. The most interesting tales involvint the Buda are often to do with heroes using their wits to deduce the identity of the werehyena. An unverified plant species supposedly native to Zululand, South Africa. In the Amazulu Religion the Umdhlebi are known to be sentient plant species that are able to kill people by emitting a deadly poison. The irony is that the fruit of the Umdhelebi tree is said to cure almost all aliments and diseases including the poison emitted from the tree itself. Therefore, there are only two ways to obtain the fruit of the tree offering a sacrifice or attempting to distract the tree however, the latter is extremely risky. 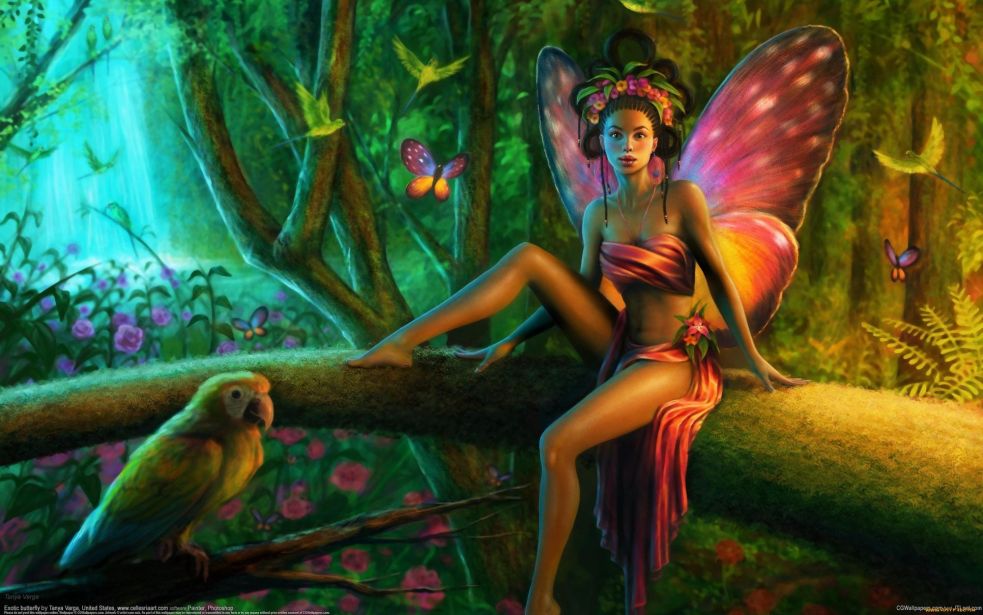 The Aziza  are a benevolent supernatural race of elemental beings that live in the forests of Benin. According to legend the Aziza were the one’s that taught human beings many of the crucial skills necessary for survival, such as how to hunt and use fire. Since then humans have sought after the Aziza for more knowledge and blessing. However, these creatures are very shy and have thus moved so deep into the forest it is extremely difficult to find them. An Aziza, looks very similar to a European fairy, with wings similar to a butterflies, remarkable beauty and a glowing aura.

We’re building an online database for African games, comics, TV shows, movies and Sci-Fi/Fantasy novels. Sign up at http://kugali.com if you want to gain early access. Less than 500 slots available for early adopters.